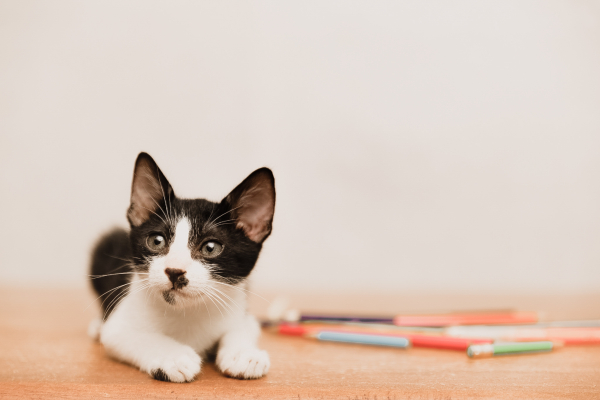 *This post may contain affiliate links, which means that I may receive a commission if you make a purchase using these links.

I was at work one afternoon when my husband called me on the phone saying that my daughter wanted to adopt a cat. I was like “Nuh-uh, not part of the plan.” Apparently, a stray kitten found my daughter at the park and didn’t want to leave her side. At least, that’s what I was told. To make the long story short, I am now a proud fur mom to a tiny kitten named Lily. He is a boy, by the way.

Going back to it not being part of the plan, we weren’t prepared! Not the emotional part because it seemed like we were just waiting for a cat to love! As a family of animal lovers, Lily became a part of our family instantly! But since they called me late in the afternoon, we had no time to get cat supplies! Lily dined on gourmet sardines that night!

Now that we’ve had him for over a month, I have come up with a list of things that you need to prepare before adopting a cat. This is a practical checklist because I see no need to spend a fortune when raising fur babies!

What to prepare before you adopt a cat – A practical checklist

– we’re giving Lily Whiskas for 2-12 months and he loves it! We chose it because I have heard from friends that it’s really good and provides complete nutrition that a kitten needs to grow up into a healthy cat. They are extra small too so small-sized kittens won’t have any problem nibbling on them! I don’t know but I think it really helped improve the appearance of his coat.

Kitty Harness – So I never thought that a cat would ever need a harness, I thought they were just for dogs! But apparently, it is beneficial for kittens if you take them out on a walk too! And when out on the streets or park, you don’t want to spend hours looking for them should they decide to sprint off. You know how cats can be, right? So, leash it is.

According to a video I saw, it is best if you let them wear the harness even if they are just at home so that they will get used to it. Anything new creeps Lily out so we made him wear the harness without the leash 24/7. He has warmed up to it and no longer minds once we clip the leash on.

Non-skid Cat Bowl – I want to emphasize the non-skid part. Lily came into our lives somewhat unexpectedly so we didn’t have a cat bowl at home, we simply used an old plastic ware that we had lying around. What I didn’t know is how passionate they can be when it comes to meal time. They nudge and push the bowl around while eating and it drove me insane. Not only that, a bowl that’s not weighted down makes it harder for a kitten to eat his food. Since we bought a non-skid bowl, there was less to zero mess.

Litter Box – One of the most important items. Just choose the cheapest and basic litter box. There is no need for fancy ones! We got Lily a litter box right from the start and it was the wisest decision ever. Lily got potty trained within his first 24 hours at home!

So what exactly did we do? When Lily first did a number 2, I immediately cleaned that area and placed the litter box right on top of where he did his thing. One thing that I learned from growing up with cats is that they tend to poop in the same area and when I remembered that, I just placed the potty in the area where he was most comfortable pooping.

In our living room.

Gross. I know. I gave him a few days to really get used to using the litter box before I moved it to where I wanted it to be. I just made sure that he knows where it is by taking him to his potty’s new location, let him sniff and walk around it. Guess what, the next time he had to poop, he just went straight to his new bathroom. Success!

Wood shavings/saw dust for cat litter – We do not buy commercial cat litter and use wood shavings/saw dust instead because it’s cheaper in our area. We buy it from a local wood shop for $1 per sack (around 40-50 kg). Aside from being very affordable. it is biodegradable and compostable. It also absorbs odor and cat pee stink very effectively!

We bought a sack of saw dust and it has been over a month but Lily hasn’t made a dent on it yet. Super cost-effective.

Dish soap as cat soap – We simply use a mild dish soap whenever we give him a bath, making sure not to put any on his eyes. I just use re-usable rubber gloves to avoid getting scratched. Fortunately, Lily doesn’t make a lot of fuss when I give him a bath, I just make sure that the water is warm enough, wash him gently and I talk to him in a very calm manner while I wash his coat.

It’s a lot like giving my kids a bath when they were still babies. When I’m calm, Lily is calm too. I then wrap him up into a cat burrito, snuggle him close for a few minutes, then use the hair dryer to completely dry him up. Easy peasy!

We never bought him a bed nor toys. For his bed, we use an old basket that we had lying around the house, placed old shirts in it and one of my daughter’s old plushie, He loved his bed and slept on it with no problem until he discovered my moms sewing machine. He found his favorite nook in the machine and has made it his bedroom since then. During day time, he either lounges in the kitchen or in  our bedroom.

For toys, we gave him the kids’ old balls and small plushies but he prefers nibbling on my shoe instead. Pfft.

Here he is now! So adorable! My daughter loves him to bits! And so do we. Just look at what a little TLC can do to a stray cat! I can’t imagine the life he lived before my daughter rescued him. I’m glad that he found us because he has brought so much joy to our family! 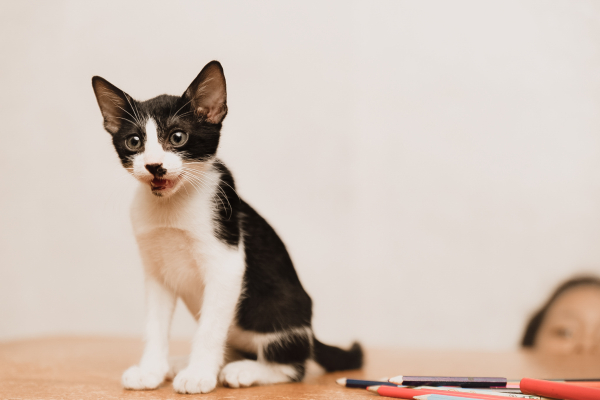 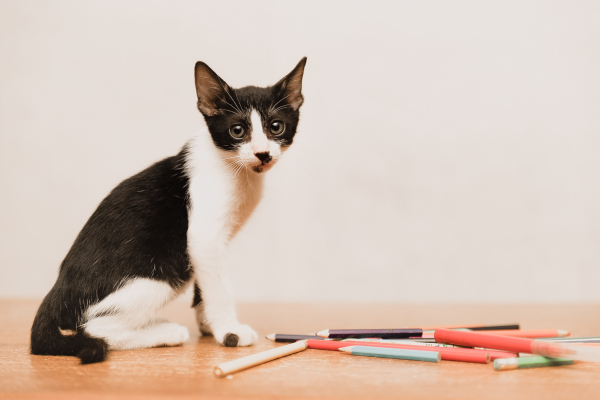 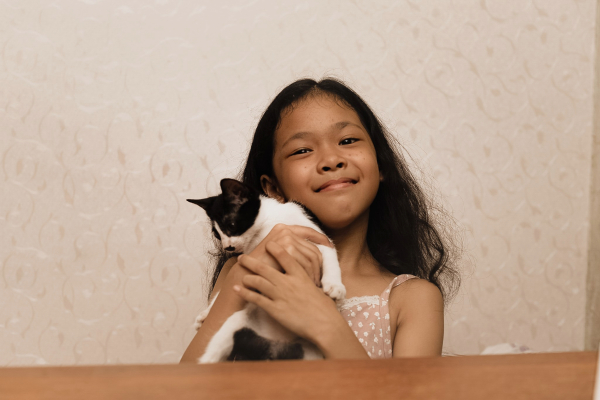 What about you? Do you have a cat? What cat essential have I missed? Let me know in the comments!

To adopt a cat in Cebu, you might want to check the Cebu City Pound or Island Rescue Organization.

If you enjoyed this post, please consider sharing with your friends or pin the image below! Thanks! 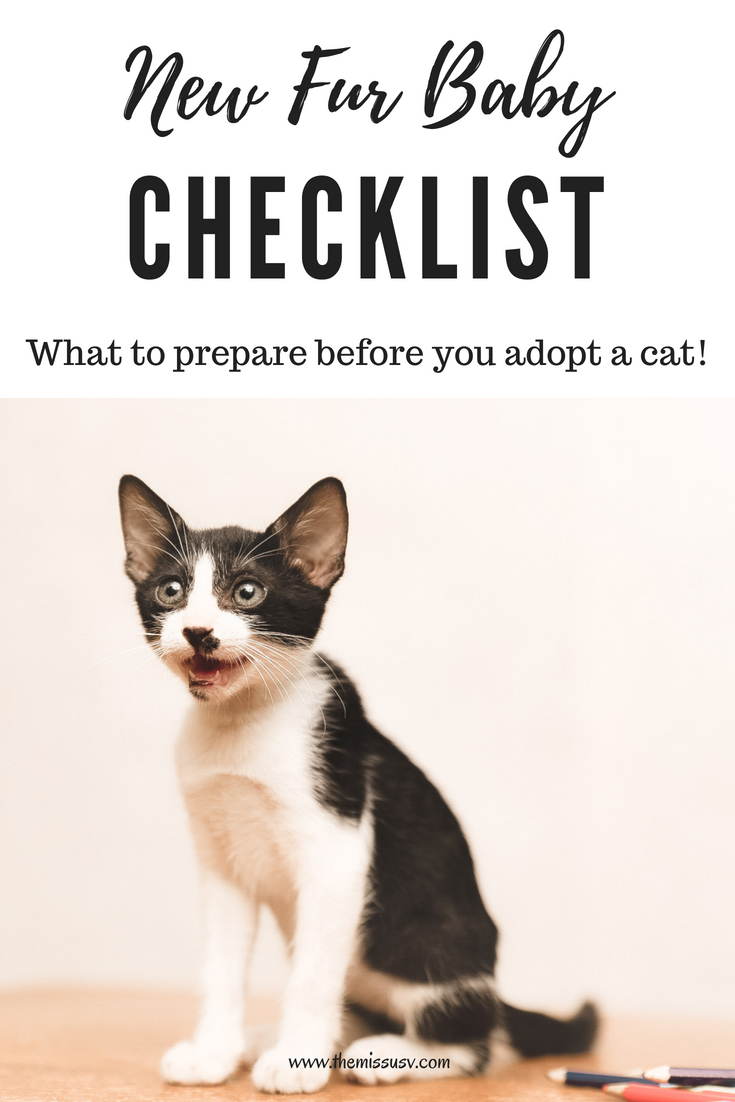 1 thought on “New Fur Baby Checklist (What to prepare before you adopt a cat!)”

This site uses Akismet to reduce spam. Learn how your comment data is processed. 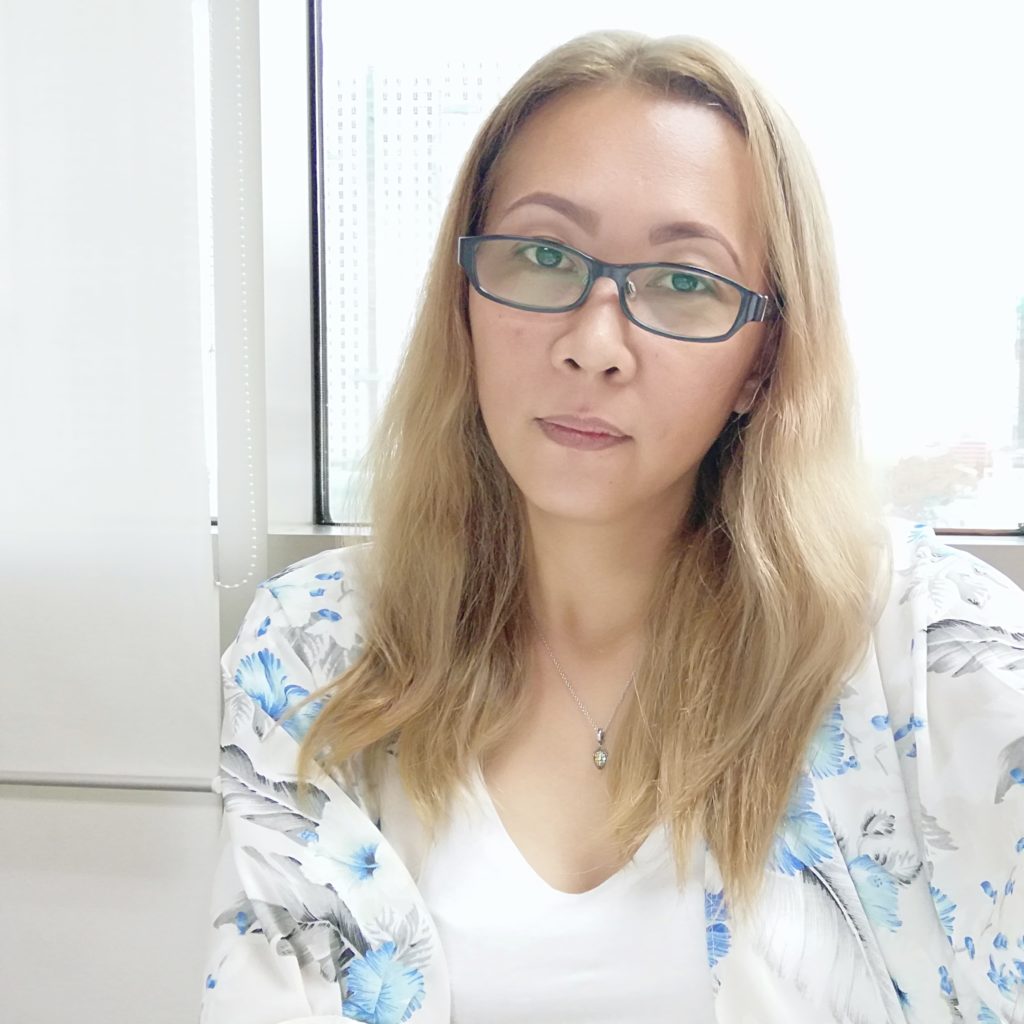 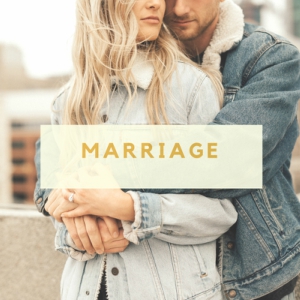 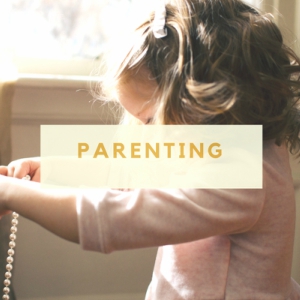 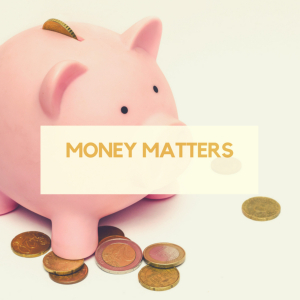 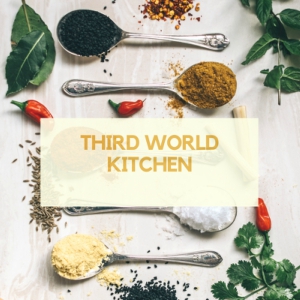 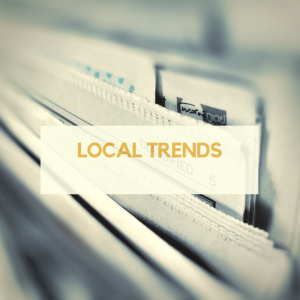